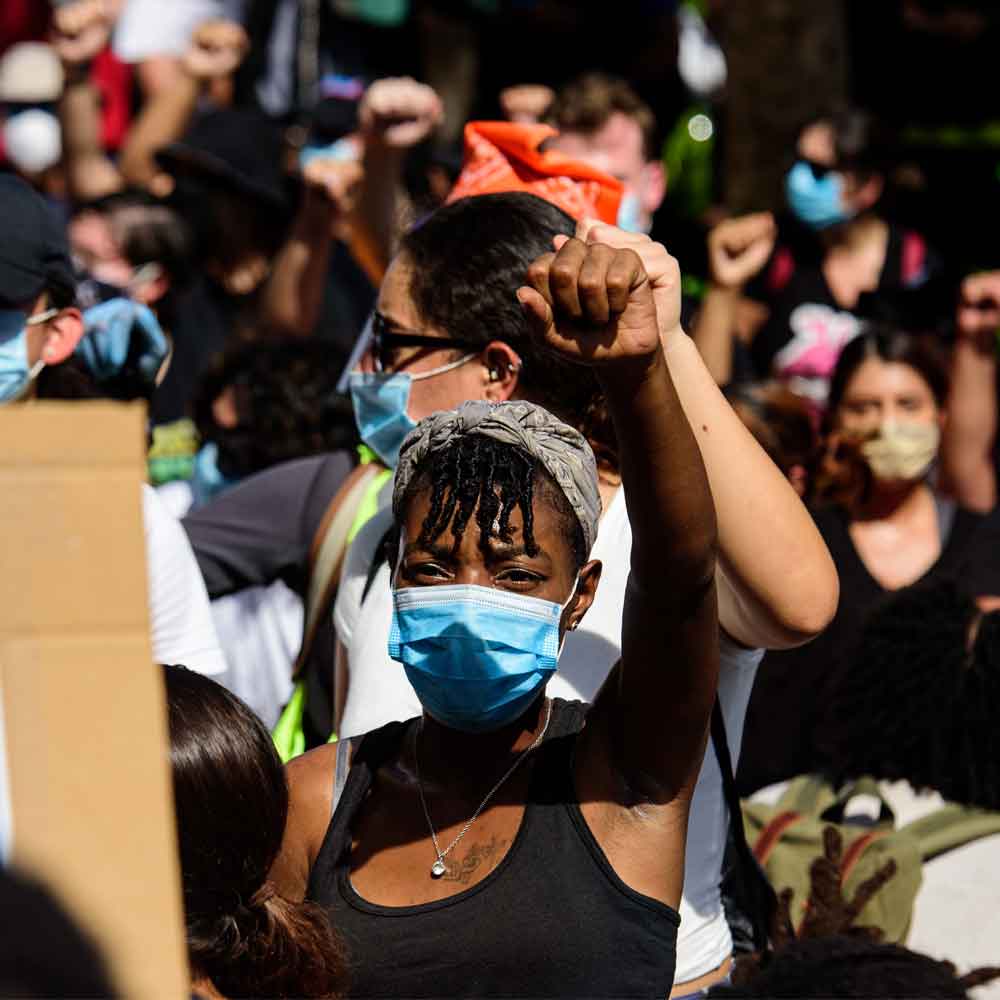 We’ve compiled a long list of essential anti-racism voices and resources. Fiction and non-fiction books to read. Podcasts to listen to and social media accounts to follow. Charities to which to donate. At ECOLOOKBOOK we always try to be open, to listen, to learn and to educate ourselves. We will continue to ask the tough questions of ourselves and to do the work to understand the history of systemic racism and the context of the Black Lives Matters movement.

Some of the powerful anti-racism resources listed below we had previously read or discovered. Others we have recently found and started to follow and read. How can we do better as a society? How can we help? To quote Angela Davis: “It is not enough to be non-racist, we must be anti racist.”

Non-fiction books for you to ‘Do The Work’

White Rage: The Unspoken Truth Of Our Racial Divide by Carol Anderson

I Am Not Your Baby Mother by Candice Brathwaite

Between The World And Me by Ta-Nehisi Coates

White Fragility: Why It’s So Hard For White People To Talk About Racism by Robin Diangelo

Brit(ish): On Race, Identity And Belonging by Afua Hirsch

Natives: Race And Class In The Ruins Of Empire by Akala

How To Be An Anti-Racist by Ibram X. Kendi

Taking Up Space: The Black Girl’s Manifesto For Change by Chelsea Kwakye and Ore Ogunbiyi

A Burst Of Light: and Other Essays by Audre Lorde

So You Want To Talk About Race by Ijeoma Oluo

Stamped: Racism, Antiracism And You by Jason Reynolds and Ibram X Kendi

Me And White Supremacy by Layla F Saad

The Immortal Life of Henrietta Lacks by Rebecca Skloot

My Name Is Why by Lemn Sissay

Slay In Your Lane by Elizabeth Uviebinene and Yomi Adegoke

Fiction and poetry to awaken your mind

The Vanishing Half by Brit Bennett

Girl, Woman, Other by Bernadine Evaristo

An American Marriage by Tayari Jones

To Kill A Mockingbird by Harper Lee

Such A Fun Age by Kiley Reid

On Beauty And White Teeth by Zadie Smith

The Hate U Give by Angie Thomas

The Colour Purple by Alice Walker

The Underground Railroad by Colson Whitehead

Articles to get you thinking

An Anti-Racist Reading List by Ibram X. Kendi for The New York Times

Listen! to these podcasts

1619 podcast by The New York Times

About Race with Reni Eddo-Lodge

All My Relations hosted by Matika Wilbur and Adrienne Keene

Slay in Your Lane: The Podcast by Yomi Adegoke and Elizabeth Uviebinené

Donate! to these charities

Best sustainable white tees you need to get Jane B

We can’t change the direction of the wind, but w

Friday vibes are strong with @anna_october_ 💫

ETHY- New app in the UK that makes sustainable and

Be comfortable in your own body and skin with @har

It is time to change the meaning of the word “lo