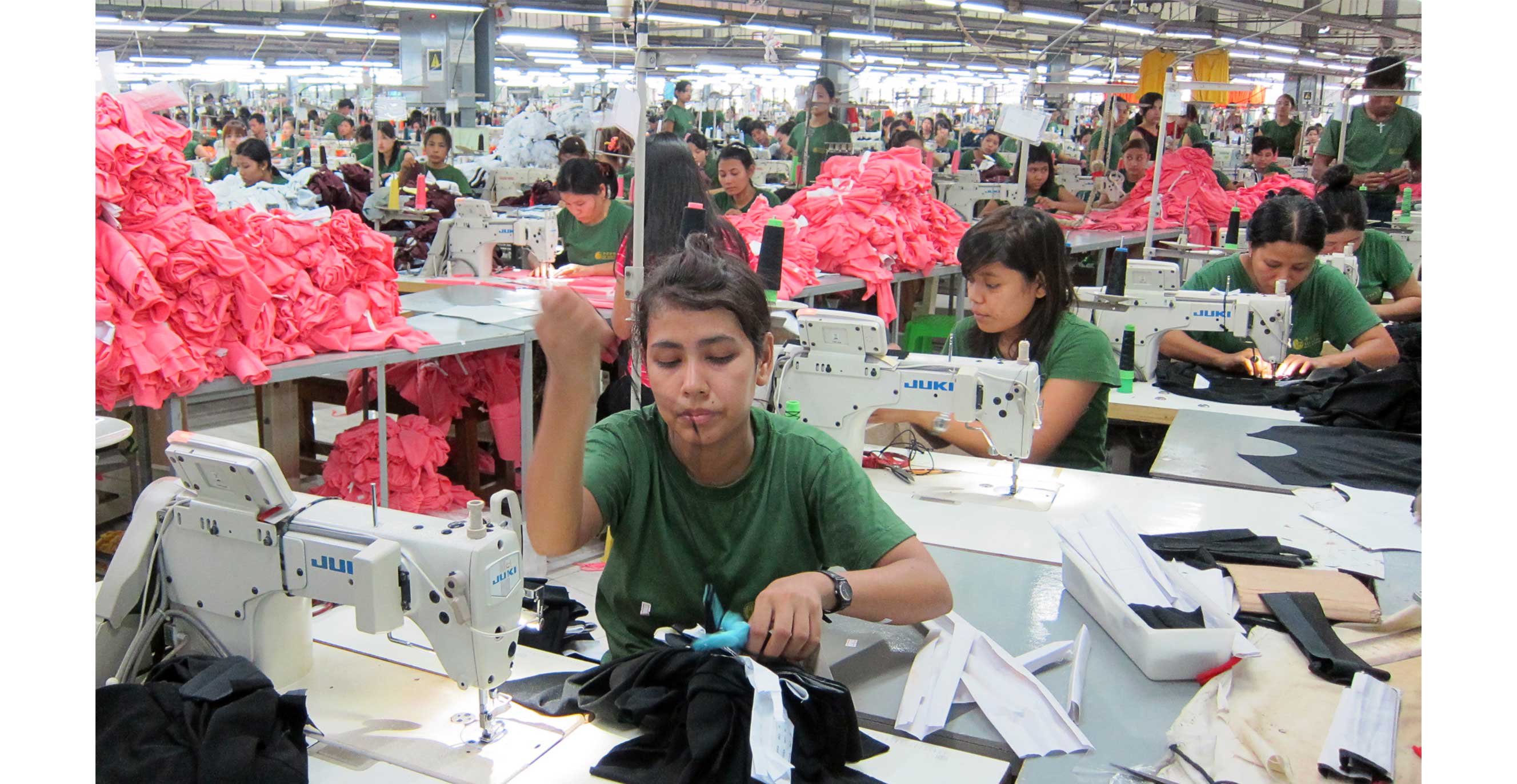 When she was just seven, Rina Roat began working, selling the fruits she picked from trees near her home in rural southern Cambodia. At 10, she started sewing and selling clothes.

By the time she was 16, alone, penniless and newly arrived in Phnom Penh, she saw work in a sweatshop as a natural progression – a place where she could receive a “guaranteed” wage making clothes for western fashion chains.

Telling her new bosses she was 18 – the minimum age to work in a garment factory in Cambodia – she found herself behind a sewing machine in a room with 359 other workers, making a globally famous brand of jeans.

At the government factory, she earned $45 a month. Her official hours were eight hours a day, six days a week. In reality, she worked as long as it took to complete the task she was assigned – and shifts would extend to 15, 20 or even 24 hours long.

“It was very hot and dusty, everyday they have people who would faint because it was too hot.”

She was docked $5 for every day of work she missed due to illness.

It came as no surprise to her that yet another factory, in yet another city in south east Asia, has recently been found to employ children as young as 14 to make the wares peddled to rich western shoppers by Swedish budget fashion chain H&M. Such stories are not uncommon across the region, despite international condemnation.

“We all feel angry. I feel angry,” Roat says. “It’s not fair. I worked in a government factory, I saw the price they put on the jean, I know how those jeans are made. The jeans were $59, just one jean was more than my salary for one month.”

That was 15 years ago. Roat left the factory 18 months later. And while the wages have since gone up to around $180 a month, conditions remain very poor, says Hagar International‘s Grace Smith, who works with Roat to encourage young people into jobs that are sustainable and empowering. As an ambassador for the charity, Roat mentors women, offering them alternatives to garment factory work, often seen as the only option for Cambodia’s disadvantaged youth.

Roat now runs a fashion design and restaurant business in Phnom Penh – started with $300 she saved by working four jobs for 20 hours a day – where she employs young, vulnerable people who she urges to learn English, to cook and to sew.

“You go to work in garment factory, it doesn’t make sense. Some women do not think about the future,” she says.

“When I meet women at Hagar, I tell them that they are strong and independent. What they have been through can be something they can turn into positive. I tell them to believe in themselves.”

Since opening in 2009, Ebony Tree has given work to and trained 101 young people, all of whom have gone on to find full-time employment, including in some of the country’s top restaurants.

“They can learn from [working for me], get a new experience and get a better, more stable salary also. In Cambodia, government factory is not very nice.”

Let’s get real with some Friday feels and a pair

Where to buy stylish and sustainable face masks in

Because we can… in our @maggiemarilyn skirt . So

Looking at the sunny side of everything with @gram

“They always say time changes things, but you ac